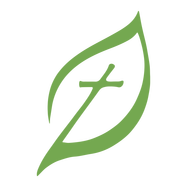 When the Riverchase community began in 1975, sites were set aside for various churches. In response to this, the Alabama Baptist State Convention loaned $70,000 to the Birmingham and Shelby Baptist Associations for the purchase of a six acre site on the corner of Riverchase Parkway West and Old Montgomery Highway.

There were several unsuccessful attempts at establishing a church on this site. However, in the summer of 1985, a group known as the Riverchase Baptist Fellowship began to meet in a classroom furnished by First Baptist Church, Pelham. Two families became three, then four. Outreach was the only way to grow, so flyers were placed in every mailbox and phone calls were made to the 800 residents of the Riverchase community to let them know of the plans for a new church and learn of their interest.

On January 5, 1986, the Riverchase Baptist Mission was formed and began meeting in the basement of the Baptist Medical Center at Riverchase. That first Sunday, there were 56 people in attendance. The only finished room in that basement was filled and the piano (which was the first purchase) had to be moved out into the hall so that everyone could have a place to sit. Since there was no staff, the members did all of the work. Toys were brought from home for the nursery, Sunday bulletins were prepared, signs placed in the community, Sunday services planned and financial records kept. Members met in homes on Wednesday nights because at first there were no lights for evening services, and dozens of other “labors of love” for the newly- born family of faith.

Dr. George Allison became the Mission Pastor in April 1986 and served until October 1987 when the mission officially became the Riverchase Baptist Church. His able leadership and his willingness to do lots of “legwork” helped the mission to grow into church status.

Dr. Steve Bowden was initially asked to serve as an interim pastor of the new church but, in April, the church voted to remove “interim” from his title. However, after eighteen months, he decided to return to the academic community. Dr. William Hull agreed to lead the church temporarily until a replacement for Dr. Bowden could be found.

Dr. Hull’s role ended nine months later when, in December 1989, William P. “Buddy” Nelson answered God’s call to become pastor. It was under Buddy’s leadership that the church’s “vision” became a reality when in November 1990, we moved into the church building at 2020 Crossvine Drive. Lawrence Corley of Bailey-Corley Architects served as our architect and “growth counselor,” as the church’s needs in a building was balanced against affordability. The educational space was soon outgrown, so a major purchase of partitions was made in order to divide the fellowship hall into classrooms for Sunday School.

As the church continued to grow, Sunday School classes were meeting in the kitchen, men’s and women’s changing rooms outside the baptistery, in the library, the pastor’s study and every other nook and cranny that could be find. Two Sunday Schools were tried, one before worship and another after. As the need for more space became more and more evident, the Phase II Building Program was begun, again using the services of Bailey-Corley. This expansion included adding additional Sunday School space, remodeling the existing building, adding parking and a second entrance to the property from Old Montgomery Highway.

The church has never felt it was God’s will for us to be a “mega church”, but rather to be a community church with outreach beyond our borders to help start other mission churches. This vision became a reality as a small Bible study group began in the home of one of our members at Lay Lake. Buddy led this group initially on Sunday afternoons and it has now grown into the fully constituted Baptist Church at Lay Lake.

Buddy served for 12 years until December 31, 2001and, under his leadership the church grew and prospered.

After Buddy decided to resign, the church asked John Harris to serve as the Interim Preaching Minister until the new pastor arrived. John was currently a member of RBC and was the retired pastor of Pineville Park Church in Louisiana. His service in this capacity was so appreciated that the church dedicated the church library in honor of John and his wife, Ruth.

Dr. Ronald H. Grizzle was called unanimously as Senior Pastor on January 12, 2003 and began his service on January 19th. His installation service was held on May 18th.
Under Ron’s leadership, RBC continued to help in the establishment of new churches and partnered with other churches to support a couple from the Baptist University of the Americas in San Antonio, Texas. This couple moved to the Birmingham area and began ministering to the Hispanic community. The church committed $5000 to the program.
Dr. Grizzle resigned as pastor in May 2008.

On December 7th, Jeffery A. Greer preached his trial sermon, “It’s Christmas .. Lift Your Voice” and was called as the new Senior Pastor. Jeff had served for many years at Mountain Brook Baptist, first as Minister of Students and, more recently, in a role preparing him to be a senior pastor. He began his ministry at RBC on January 1, 2009.
Plans were started to deliver the church newsletter, “Connections,” electronically and renamed “E-Connections.”
Jeff began a contemporary worship service, “20-20,” on Sunday night, April 25, 2010.

The church continued its involvement and support for missions and mission projects during the year. The list was extensive and varied. For example, the projects alone included home repair for a Perry County lady; assistance in digging a well in Binga, South Africa; collecting and filling 45 back packs for needy children in Perry County schools; collecting 1700 lbs. of food for the Shelby Baptist Food Drive and providing Christmas for 20 angels from the Shelby County Baptist Angel Tree. When all of the mission activities were evaluated, the monetary value of gifts and labor was $84, 651.55.

On July 24th, Jeff led a town hall meeting to discuss the hopes, dreams and future of the church. Plans were begun to enhance the programs for its members and the outreach efforts in the communities that the church serves.
The year 2011 ended with a celebration of Christ’s birthday that included a continuation of the Living Nativity tradition, the choir’s presentation of the Christmas Cantata, “Hope is Born, Emmanuel” and a Christmas Eve service of carols, communion and a brief message by the pastor, Jeff Greer.
God willing, the history of Riverchase Baptist Church will continue to be written many years into the future as it serves and ministers to the Riverchase and nearby communities.


If you would like a more detailed History of Riverchase Baptist Church,
please contact the church office at 205-985-4495, or email becky@rbcstaff.com.
Top^